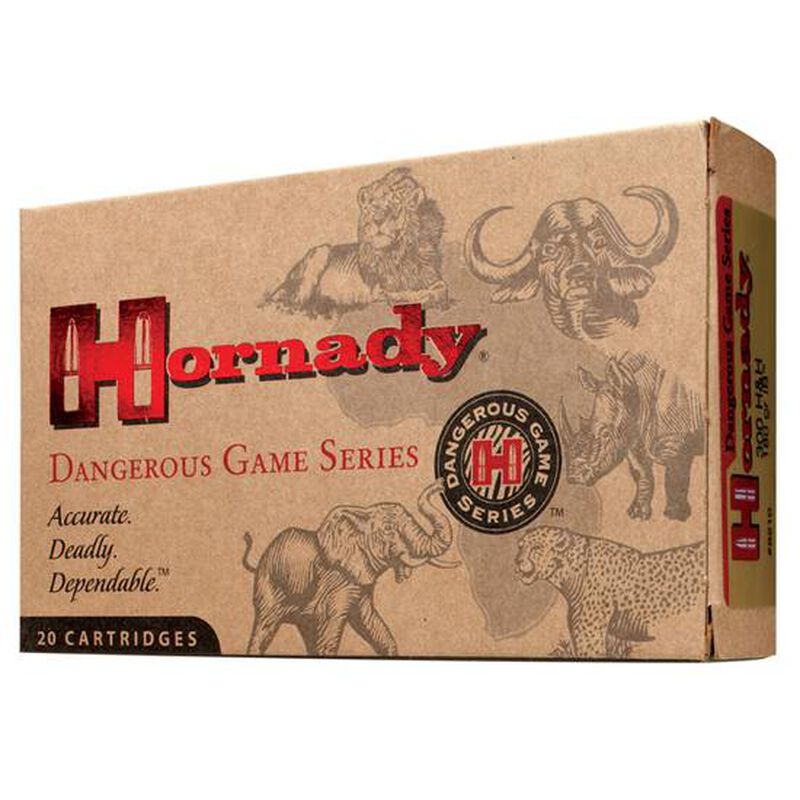 Hornady InterLock and FMJ (Full Metal Jacket) bullets have reached legendary status among safari hunters, and we've raised the bar again with the introduction of the best large game bullets we've ever seen - the DGS (Dangerous Game Solid) and the DGX (Dangerous Game eXpanding). Both bullets are made with a hard lead/antimony alloy cone, surrounded by a copper clad steel jacket. These bullets feature a flat meplat for straighter penetration and create more energy transfer than a simple round profile bullet.

Hornady Dangerous Game Series ammunition is designed specifically for large game and safari hunting. These cartridges feature both classic bullets, like the 270 gr InterLock Spire Point-Recoil Proof, as well as our new flagship DGS and DGX bullets. All ammunition is designed to work well in all rifles, and meticulous attention was devoted to ensure that ammunition like the 450/400 Nitro Express 3", and 450 Nitro Express 3-1/4" regulate properly in both classic doubles and their younger counterparts. 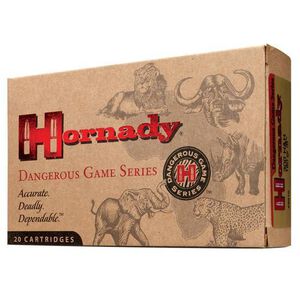