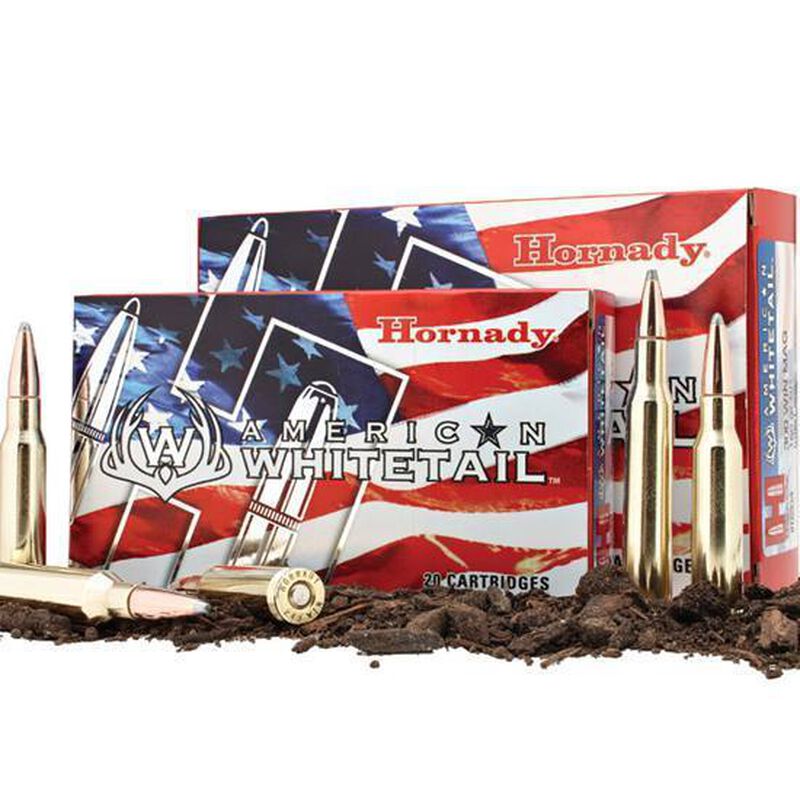 Our Low Price $23.12
Share
Send to Friend
Share Your List
Wishlist link has been copied
Brand: Hornady
MFR #: 8144
UPC: 090255381443
Item #: FC-090255381443
Description
“Ten bullets through one hole” is the philosophy that brought Hornady Manufacturing from a two-man operation in 1949, to a world-leading innovator of bullet, ammunition, reloading tool and accessory design and manufacture today. Hornady outperforms their competitors by ensuring the products they make are what the customers want right now, and then accurately predict and manufacture what they’ll want and need in the future.

Loaded with Hornady InterLock bullets in weights that have been deer hunting favorites for decades, American Whitetail ammunition combines generations of ballistics know-how with modern components and the technology you need to take the buck of a lifetime! InterLock bullets feature exposed lead tips for controlled expansion and hard-hitting terminal performance. Bullets used in American Whitetail ammunition feature our pioneering secant ogive design and exclusive InterLock ring — a raised ring inside the jacket that is embedded in the bullet's core that keeps the core and jacket locked together during expansion to retain mass and energy.

Ammo price is per box. 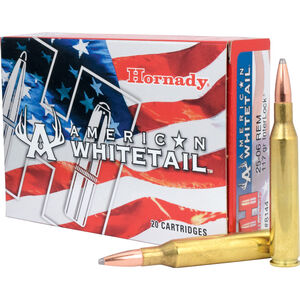