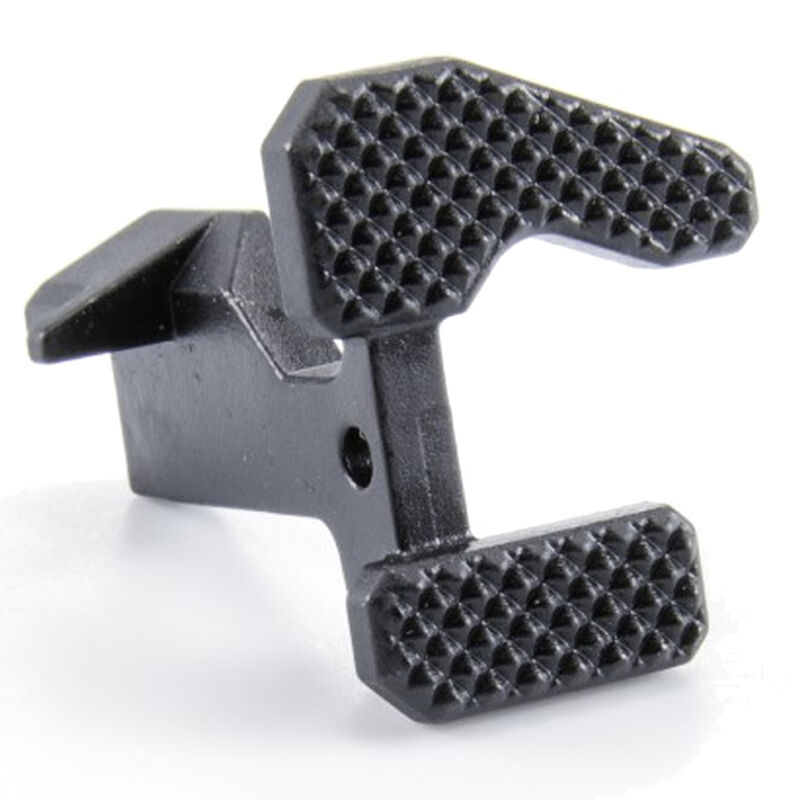 Our Low Price $35.70
Share
Send to Friend
Share Your List
Wishlist link has been copied
Brand: Geissele Automatics, LLC
MFR #: 08-153
UPC: 817953022429
Item #: FC-817953022429
Description
The Geissele Maritime Bolt Catch was specifically developed with the modern war fighter in mind. The bolt catch will work with any Mil-Spec lower receiver designed to accept a standard M16/M4 Carbine bolt catch. By increasing the surface area of the bolt catch it enhances the ability to manipulate the bolt catch especially under stressful conditions and during combat. As an added benefit the extended controls add functionality for left handed shooters who no longer have to break their grip in order to reach the bolt catch. The aggressive texturing enables positive feedback especially when using gloves or during night time operations. Made from heat treated 8620 steel and manganese phosphate coated the Geissele Maritime Bolt Catch will serve you well for years to come.

Does NOT Fit:
Compatibility with Billet AR-15 Lower Receiver's is unknown

Additional manufacturer note: Please also note that the extended controls of the Geissele Maritime Bolt Catch will partially cover the pin hole for the hammer, a smaller punch may be required to push the hammer pin out of the receiver from the left side, and the hammer pin should only be installed from the right side of the receiver.