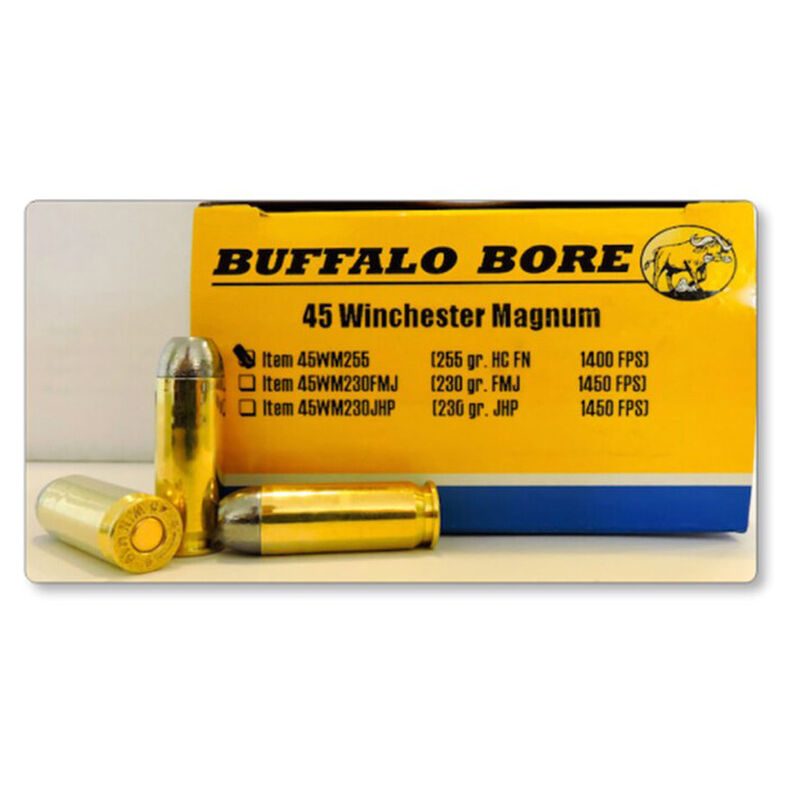 - +
$39.89
Share
Share Your List
Wishlist link has been copied
AMM-1029-165 Buffalo Bore 45-WM255/20
Model 45-WM255/20
Caliber .45 Winchester Magnum
Bullet Type Lead
Case Type Brass
Grains 255
FPS 1400
Quantity 20
UPC 651815045016
SKU AMM-1029-165
Ships Ships Within 1 Business Day
Description
Buffalo Bore manufactures some of the highest quality ammunition for both the hunter and for your own personal defense. Made in Montana, Buffalo Bore Ammunition delivers both in performance and selection. They use only premium grade components and materials to produce ammunition that you know you can count on. Buffalo Bore is field tested in real world "over the counter" guns, not test barrels. When you pull the trigger, know that you have the ammo that will do the job.

Buffalo Bore tested the original Winchester 230 grain FMJ round nose ammo and found it lacking for their needs. They were able to engineer low extreme spreads in velocity and pushed a heavier bullet faster than the original load. Better yet, this new load features a flat nosed bullet that does considerably more terminal damage than the original round nose bullet. The flat nose also ensures straighter and deeper penetration, while doing all that extra damage to living tissues. This is simply an enormous improvement over the original 45 Winchester Magnum ammunition.