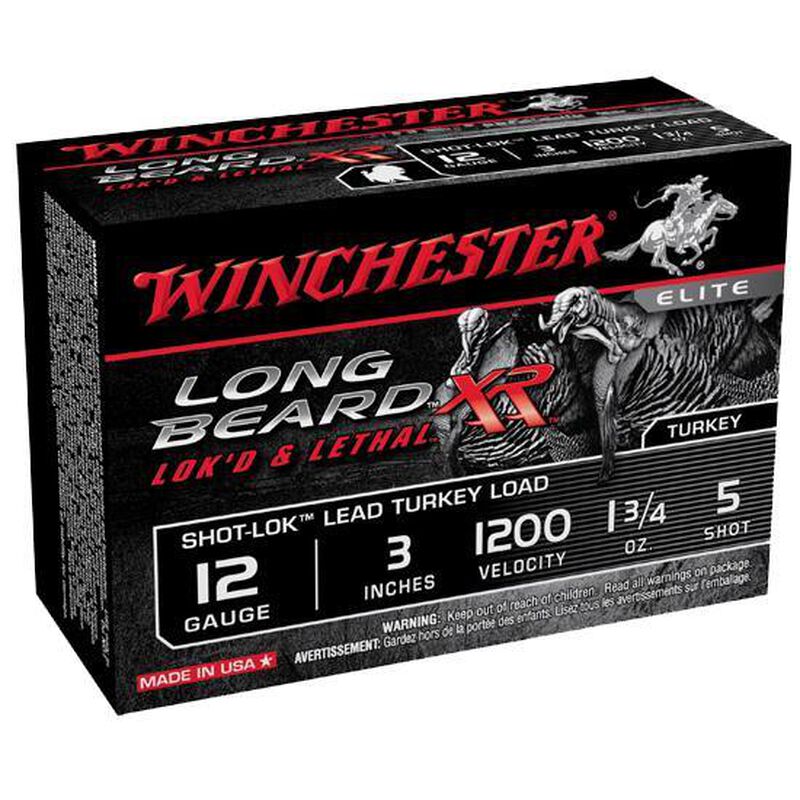 Our Low Price $17.59 - $159.59
Share
Send to Friend
Share Your List
Wishlist link has been copied
Brand: Winchester
MFR #: STLB1235
UPC: 00020892021372
Item #: FC-AMM-8031
Description
In 1873, less than a decade after the Civil War and when Westward expansion was in full gallop, Winchester introduced the first successful centerfire cartridges. Winchester has set the world standard in superior ammunition performance and innovation for more than a century. To millions of hunters and shooters worldwide, the name "Winchester" means quality and performance. No matter the sport, game, or protection, you can always depend on Winchester Ammunition to perform as promised.

Forty yards has long been the standard by which all turkey loads were measured … No more. It’s time to go farther with Winchester Long Beard XR. Winchester Ammunition introduces the most innovative lead turkey load in its history, the new Long Beard XR, which provides increased lethality at longer ranges, more than any other turkey load. Featuring new-to-the-world Shot-Lok Technology, Long Beard XR offers the tightest patterns and longest shot capability of any lead turkey load in history—with twice the pellets in a 10” circle out to 60 yards compared to traditional lead loads. Long Beard XR has the knockdown power of popular heavier-than-lead loads at a fraction of the cost, meaning it’s a turkey-slamming game changer for hunters looking to push the limits. 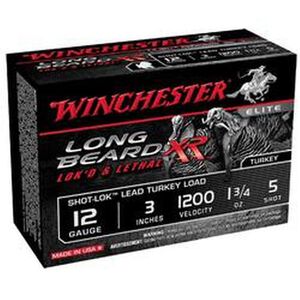