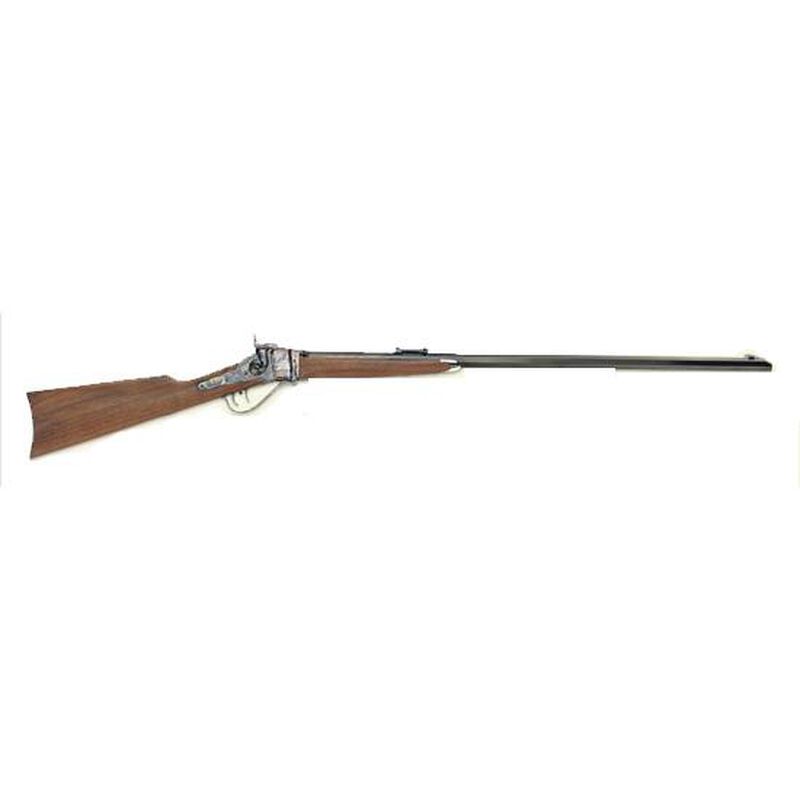 Description
This rifle is the best known of the various guns used in the hunting of buffalo for their hides, and is often called the "Old Reliable" buffalo rifle.

Many famous names of this period became associated with Sharps rifles, such as Billy Dixon, "Buffalo Bill" Cody, "Bat Masterson" and others who used the big single shot to maximum effect upon the seemingly endless herds of buffalo.

With the Sharps falling block and many angles and corners, producing the Sharps at a reasonable price was a challenge for modern manufacturers. The challenge was met, however, and now the modern marksman can enjoy the pleasure of shooting this colorful rifle. This rifle is a high quality Sharps and may be used for hunting and target shooting.