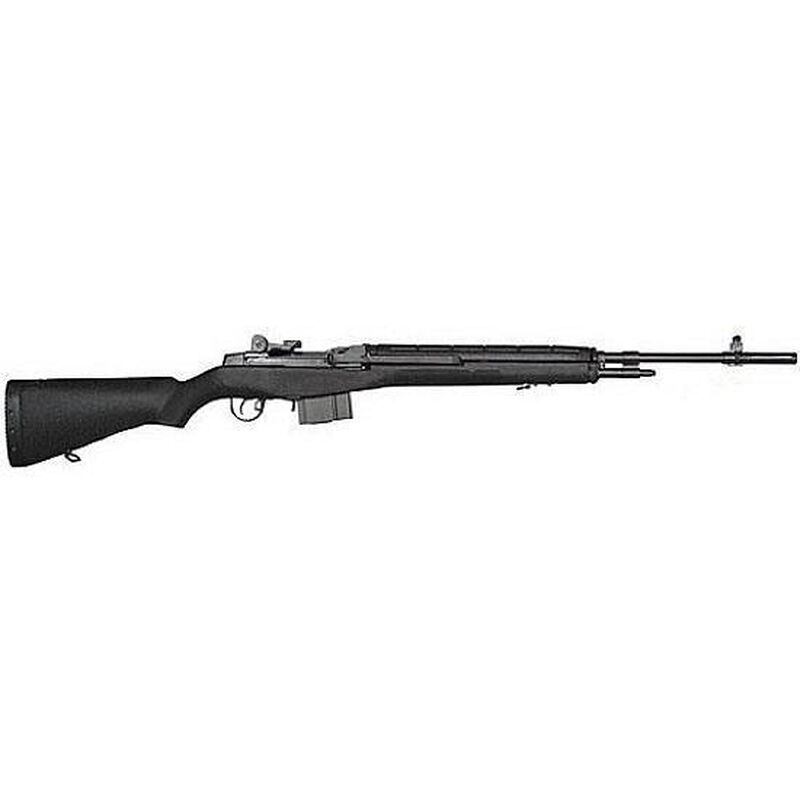 The Springfield Armory M1A Loaded is a .308 Winchester/7.62 NATO semi-automatic rifle. The rifle utilizes a 10 round detachable box magazine for quick reloads. The two-stage, match-tuned trigger has a crisp 4-5.5 lb trigger pull for making those accurate, long-range shots. The rifle has a 44.3” overall length and weighs 9.2 lbs. When you need a dependable classic that you can count on, you can trust in the Sprinfield Armory Loaded M1A.

As the M14 platform began to dominate competitive rifle shooting, several performance-oriented upgrades to the design gained popularity. Today, shooters who want the extra features, but don't want to pay match-shop prices, can find what they need in the M1A Loaded Series from Springfield Armory.