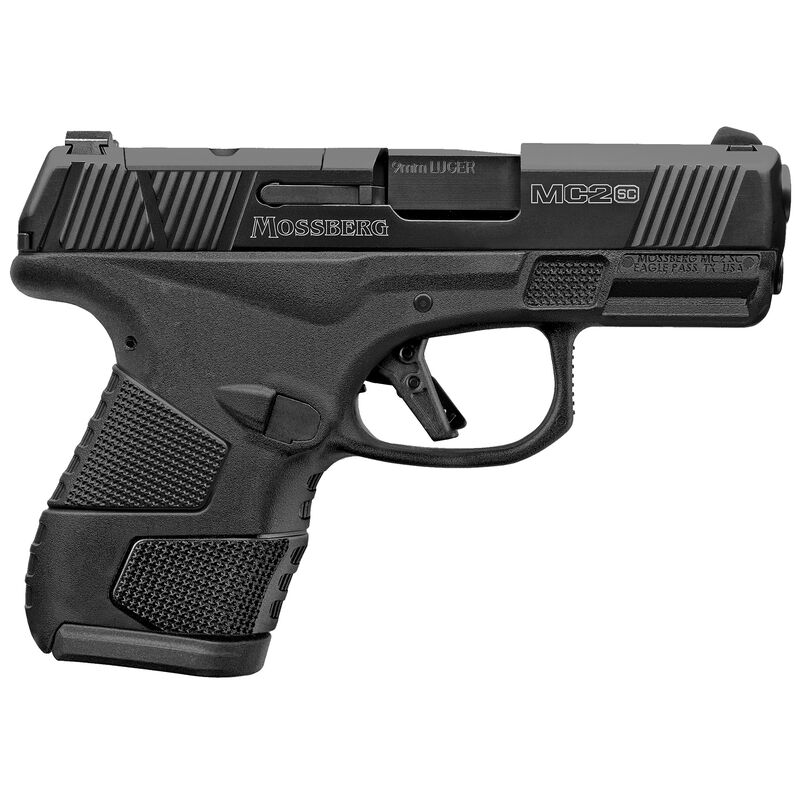 Building off the Success of the MC1sc, Mossberg Offers the MC2sc

Mossberg's MC1sc made big waves when it released in early 2019. Mossberg hadn't made a pistol in a century and they came back with a bang! As a follow-up from that success, they have now released the MC2sc. The Mossberg MC2sc is part of the new popular range of "micro-compact" 9mm pistols that are designed to be ideal concealed carry pistols. This handgun was designed to maximize ammunition capacity, while still being an ultra-concealable handgun! Chambered in the ever popular 9mm caliber, the MC2sc has an 11 round magazine which fits flush with the base of the grip and a 14 round extended magazine if you prefer capacity. The front and rear sights are dovetail mounted 3-dot sights which are both adjustable for drift, and this pistol is optics ready too if you want to mount a compatible red dot sight! The frame is made of high-tensile strength glass-reinforced polymer that features the same aggressive texturing which was found on the MC1sc. The slide and barrel are both made from 416 stainless steel and feature a sleek and durable black DLC coating. Flat triggers are becoming more popular every day and Mossberg has caught onto that trend as well! The MC2c has a flat profile trigger that also includes an integrated trigger blade safety. If you're looking for a home defense pistol, a concealed carry pistol, or just another fun range gun, the MC2sc is here for you! 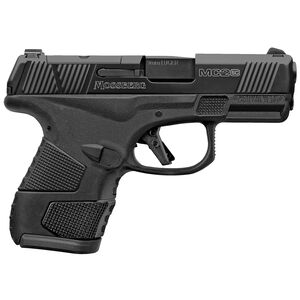