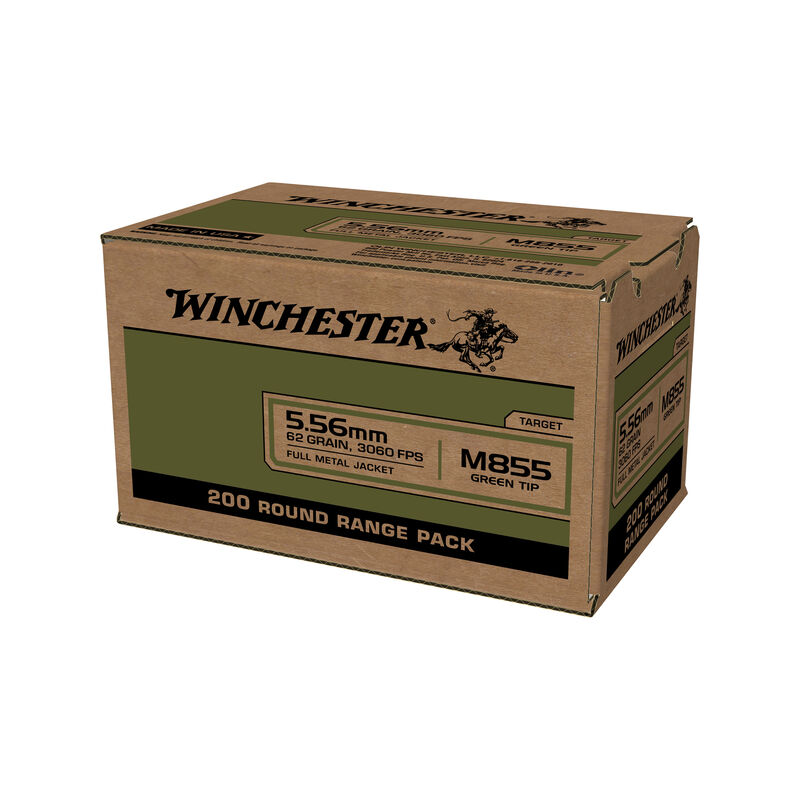 Lake City Army Ammunition Plant managed by Winchester SS109 5.56 NATO, M855 ammunition with Lake City head stamps. This ammo features a 62 Grain SS109 "Green Tip" full metal jacket bullet made to meet Military Specifications. This is the same ammunition that was issued by the millions of rounds to the U.S. Military for many, many years.

The Winchester M855 Green Tip features the sought after SS109 projectile and Lake City Headstamps. These green tip rounds are designed for use with the AR platform. When you need dependable ammunition that you can trust, you can count on Winchester Lake City ammo.

Note: This is military grade ammunition. The case may show discoloration which is caused by a process known as annealing. This is completely normal.
REVIEWS
Q&A
RECENTLY VIEWED 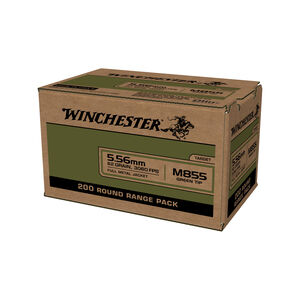