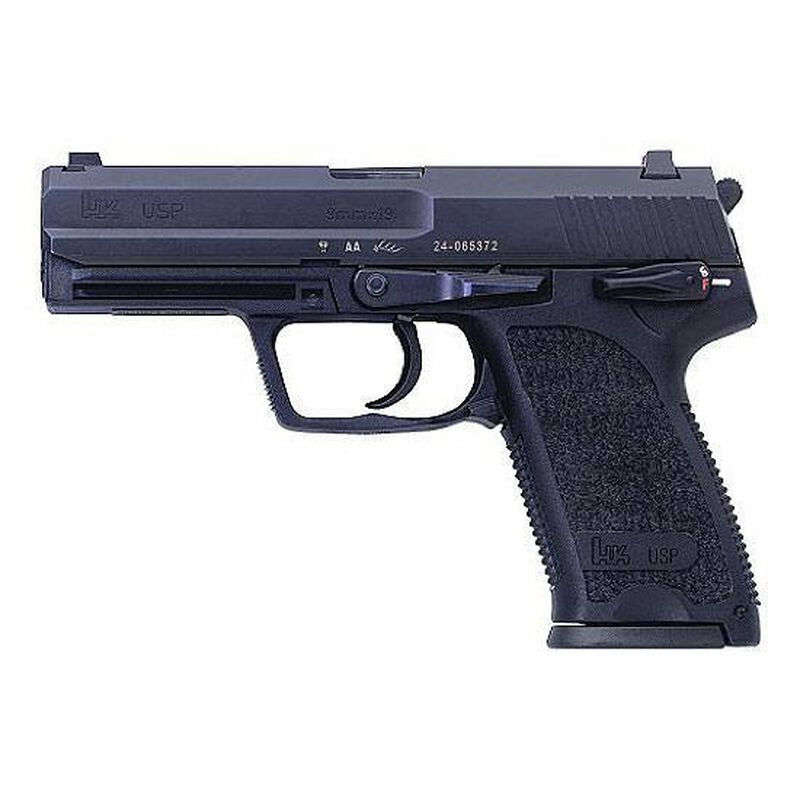 The H&K USP is the first H&K pistol designed especially for American shooters.

Features favored by US law enforcement and military users provided the design criteria for the USP. The controls are uniquely influenced by such famous designs as the Government model 1911 pistol. This USP’s modular components allow for a right-handed or left-handed setup, in addition to allowing for nine trigger/firing mode configurations. As if this weren’t modular enough, the universal mounting grooves beneath the barrel allow for most under-hanging accessories.

All USP models use a fiber-reinforced polymer frame stiffened by stainless steel inserts at areas subject to stress and friction. The polygonal bore barrel allows for increased velocity as well as easier cleaning and longer barrel life. The recoil reduction system reduces felt recoil and recoil on the gun itself, compensating for the effects of the increased velocity shots. The USP tactical is built for a rugged, dependable lifetime of service.

Order 9mm ammunition along with your H&K USP from Cheaper Than Dirt! so that you can get to shooting sooner. Find your perfect loadout with parts and accessories, including lights and lasers. It's always a great idea to have several spare magazines on hand, too.