How to Pick Your First Handgun 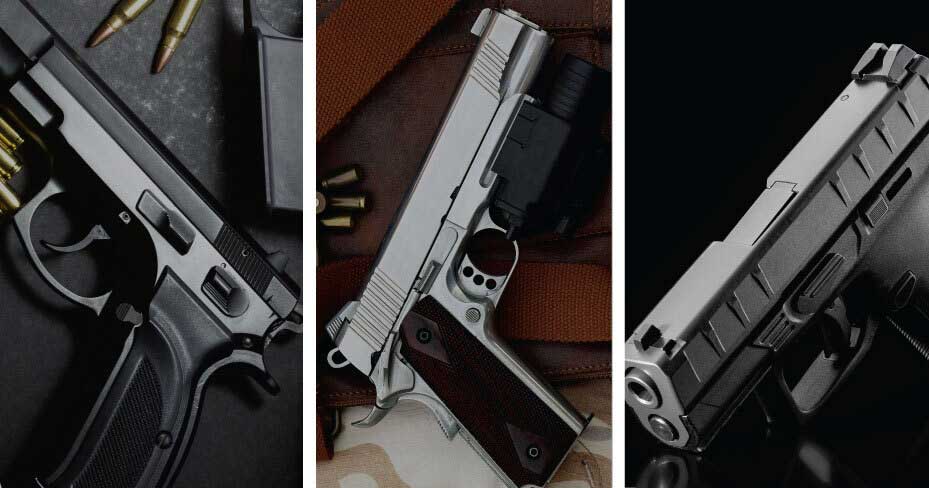 Handguns are useful firearms to have for a number of situations. Their concealability and compactness allow them to do jobs other firearms (like shotguns and rifles) can’t. The only question is, how do you pick your first one? There are so many options out there, it can make your head spin.

When choosing your first handgun, aside from determining your budget, you need to define your purpose. Do you plan to conceal carry or do you just want it for home defense? Once you have your budget and purpose in mind, here are other factors to consider when deciding on your first handgun.

The first thing you will want to consider is what size of handgun is best for you. There are full, compact, subcompact and pocket handguns, and of those, there are both single and double-stacked models. 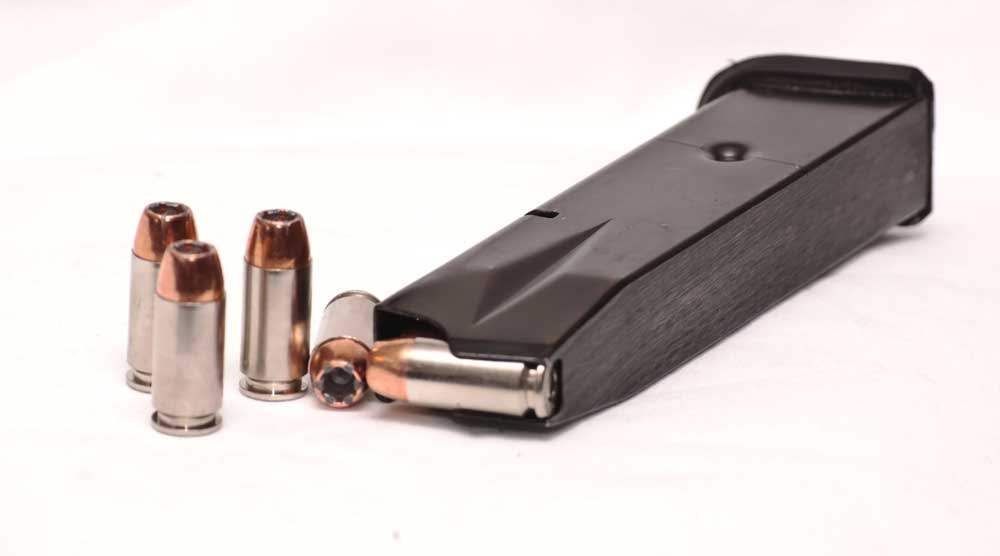 Each size has its own benefits and limitations. 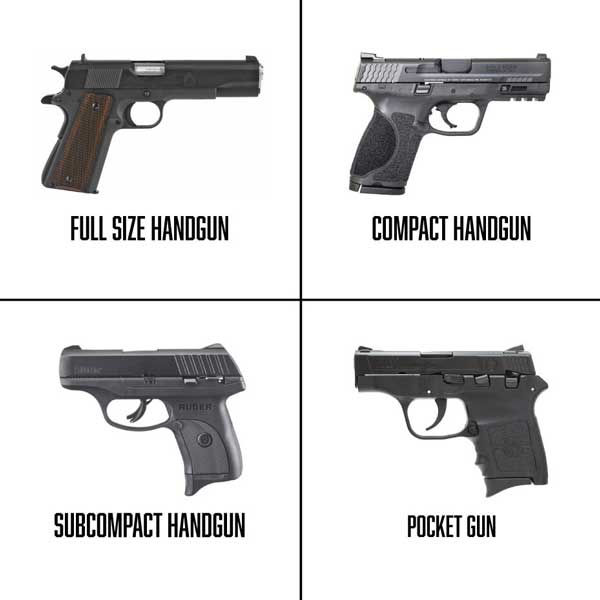 Historically, there were times when you chose a revolver because you needed dependability you could bet your life on. Now, deciding on a semi-automatic handgun or a revolver is mostly personal preference.

Revolvers are still more reliable, but modern semi-automatic handguns make that difference minimal. The revolver is going to hold fewer rounds than a comparable-sized semi-auto. The dimensions of the two are where the differences arise.

If you’re buying a handgun for concealed carry, where you carry on the body and your body size will help determine which will be easier. Revolvers have a nice, curved grip that seems, for me at least, to conceal well even under light clothing. The challenge is dealing with the thick cylinder. A semi-auto will retain its slimness throughout the entire firearm. 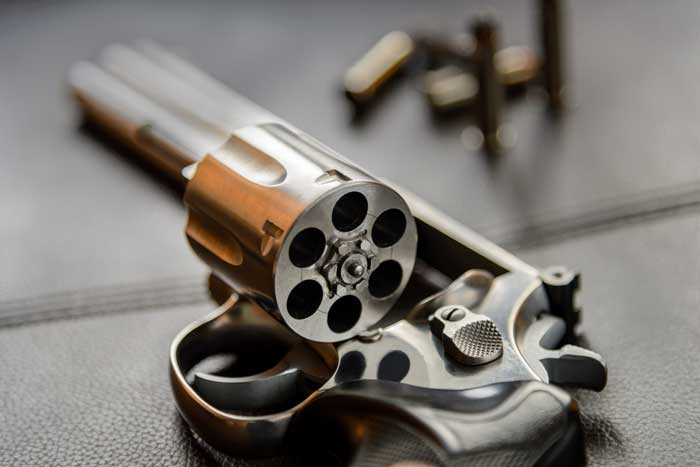 Now that you have made it this far, it’s time to take a look at the different handgun actions. Choosing between these is based on what you’re most comfortable with and what feels best to you. These differences can be felt when dry firing the handgun, but we recommend going to your local shooting range to test these out. The accuracy you achieve when firing live ammunition will tell you a lot.

Now that you have determined the type of firearm you want, its time to select a caliber. For your first handgun, it is best to select one of the more common calibers because ammunition is more readily available and tends to be less expensive.

The only real way to tell what you are able to handle is by going to a range and trying them out for yourself.

Another consideration to make when choosing your first handgun is frame material. Again, all have their benefits and most people have their preferences, but the choice is up to you.

Most modern handguns are easy to disassemble for cleaning and lubrication, but some are easier than others. This is especially true if you decide on an older design such as a 1911.

This is not to dissuade you from selecting one that may be harder, especially if you seem to shoot it better, but it is something to consider. Know your skill level and proficiency with taking things apart and reassembling them.

There are tons of great YouTube videos that can be used as step-by-step guides, as well as information in the product manual so this process can be learned. However, if you know that you won’t spend the time on maintenance, you may want to decide on a revolver or one of the easier semi-autos for your first handgun.

Guns don’t come with cleaning supplies, so you will want to pick up a cleaning kit with your first handgun purchase. These kits will come with the solvents, lubrication and tools you will need to keep your firearm well maintained. 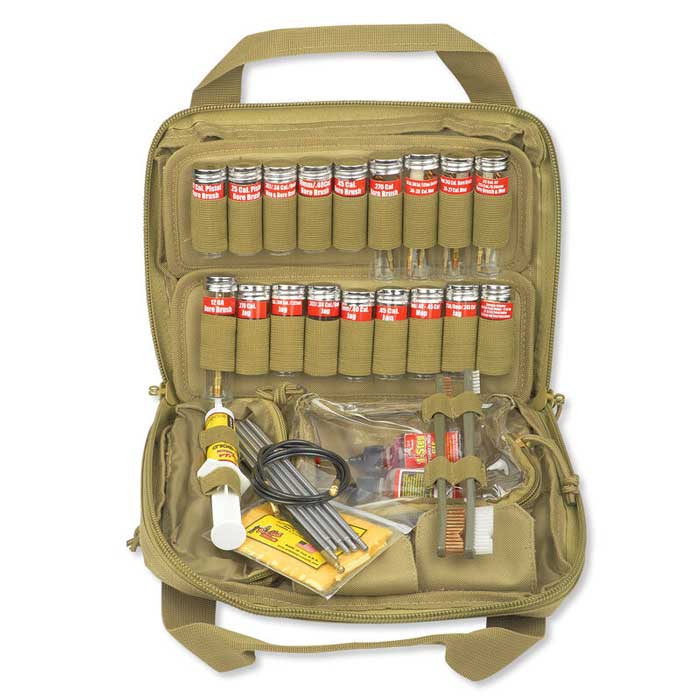 When determining what you should get for your first handgun, you will want to consider what accessories are available for it.

What is the Best First Handgun?

It would be nice to say there is one best handgun and that is the one you should choose, but the truth is, selecting your first handgun comes down to personal preference.

You need to determine what you plan to use the firearm for and what suits your needs the best. You should also look at your hand size, grip strength and any other personal characteristics that may come into play.

If you’re looking for a place to start, try shooting, or at very least holding, some of the models from the most popular manufacturers like Springfield Armory, SIG Sauer and GLOCK at your local gun range or shop.