Our Low Price $15.01
Share
Send to Friend
Share Your List
Wishlist link has been copied
Brand: Fiocchi
MFR #: 380BLANK
UPC: 762344002361
Item #: FC-762344002361
Description
Fiocchi offers a line of specialty blank cartridges which are frequently used by military re-enactors or during ceremonies or even for training exercises and theatrical productions. Blank ammunition provides the report and realism of conventional ammunition without the projectile. Fiocchi blanks are also the most popular and successful loads on the U.S. market for use in conjunction with hunting dog training and competition. All Fiocchi blanks are manufactured using brass cases. Most rimmed cases now incorporate crimped primers for greater reliability when used in revolvers. 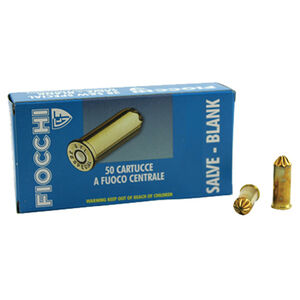