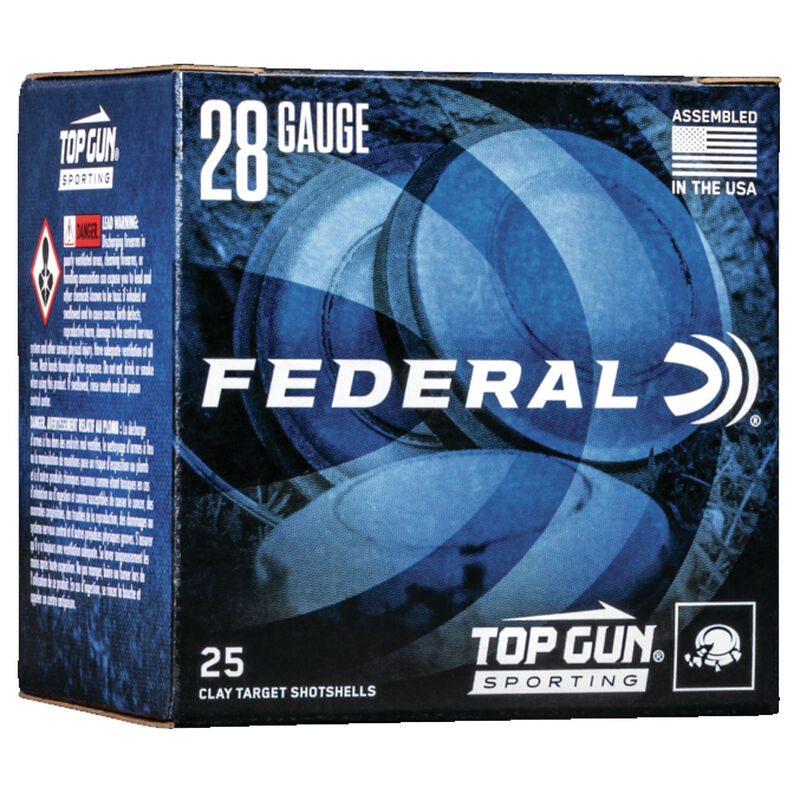 Pulverize the Competition and the Clays With Top Gun Sporting Loads

Be at the top of your game with Top Gun Sporting from Federal Ammunition. Top Gun ammunition has been the load of choice for decades among competitors on shotgun ranges everywhere. Top Gun is now setting their bead on the sporting clays world. Whether you're shooting a charity event, you're a serious competitor or maybe you just have a deeply seeded need to dominate your group of buddies, Federal Top Gun Sporting is the load you need. Specifically engineered for the fast paced high flying hectic scramble that is sporting clays, this is the load you want to have in your gun when the top of the podium is your only objective. With hard lead shot and higher velocities, turning the toughest clay targets to dust becomes almost too easy. Ultra fast payloads gives you shorter lead times but you'll also experience noticeably reduced recoil to give you faster follow-up shots. Reliable primers, consistent patterns and Federal quality ensure that both clays and competition will fall before you. Birds and bunnies won't stand a chance. If your goal is to become a better target shooter and by extension become a better hunter, then Top Gun Sporting will take your shooting to the next level. 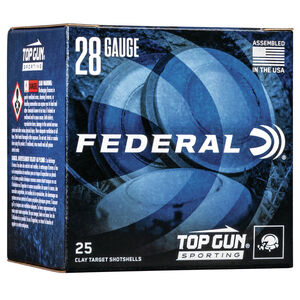