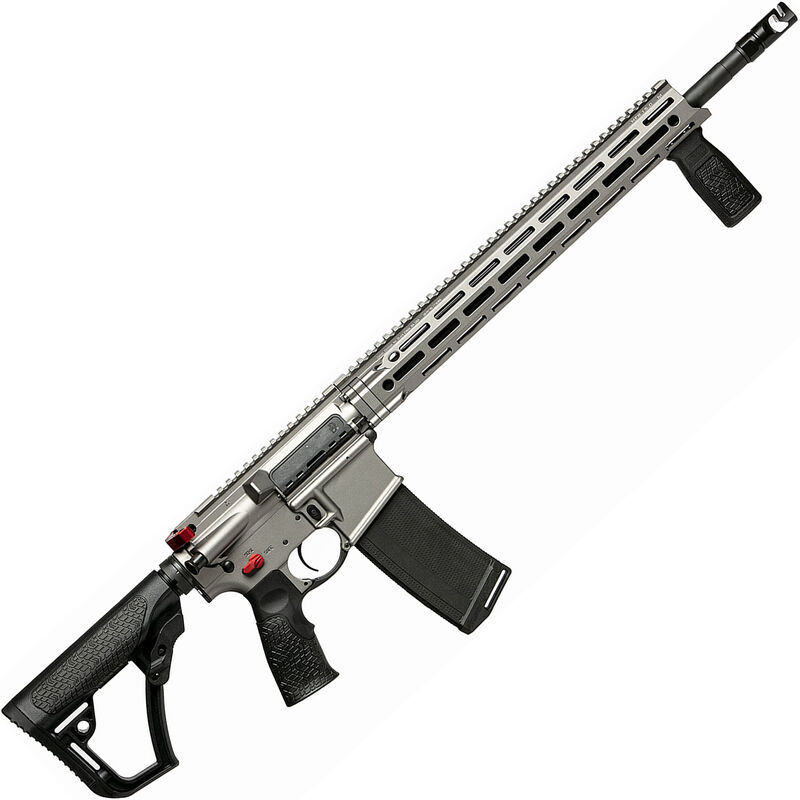 Daniel Defense is one of the world's most premier manufacturers of high quality rifles. Their firearms have been used on the battlefield, in competition shooting, and in the hands of recreational shooters and consistently prove their worth even after years of hard use. Built around a 18" cold hammer forged barrel with an S2W (strength-to-weight) profile, Daniel Defense's DDM4V7 Pro is competition ready straight out of the box. The DDM4 V7 Pro features a free float handguard with an M-LOK attachment system and an uninterrupted Picatinny rail that runs across the entire top of the handguard. This handguard is tailor-made for accepting attachments like lights and lasers, and with so much real estate available, you'll be able to add all the accessories you can think of. A rifle length direct gas impingement system powers the action of the DDM4v7 and DD's gas system works in tandem with an M16 profile chrome lined bolt carrier group with properly staked gas key to create a rifle that is a dream to shoot. The upper and lower receivers are machined from 7075-T6 aluminum that's lightweight and durable. Daniel Defense simply makes some of the finest sporting rifles that money can buy and this rifle is a prime example of their ingenuity and attention to detail. So pick one up today and you'll quickly see why DD is trusted by military, law enforcement, government agencies and civilian shooters all over America.