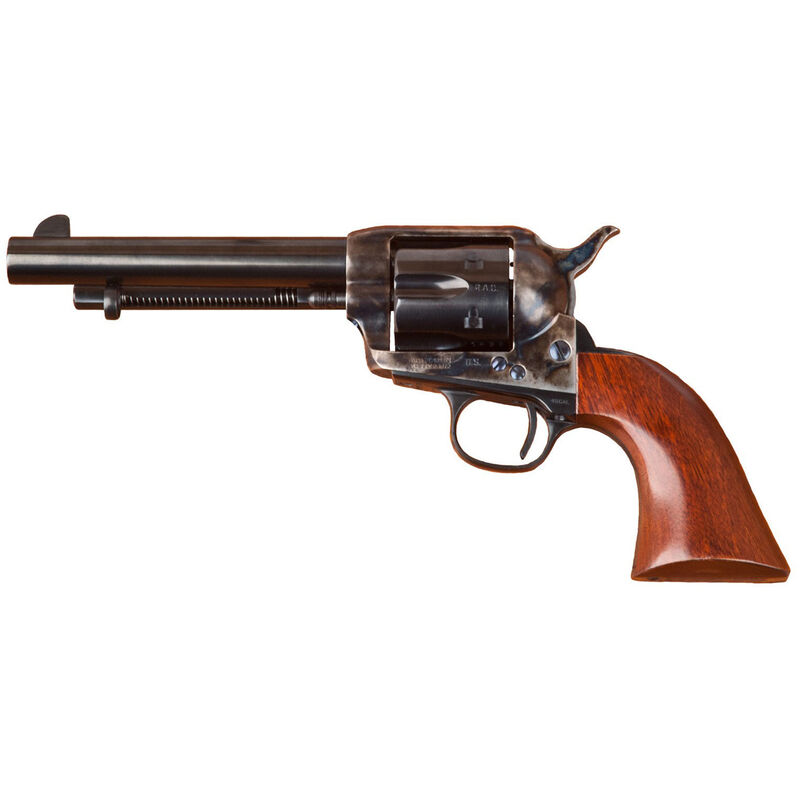 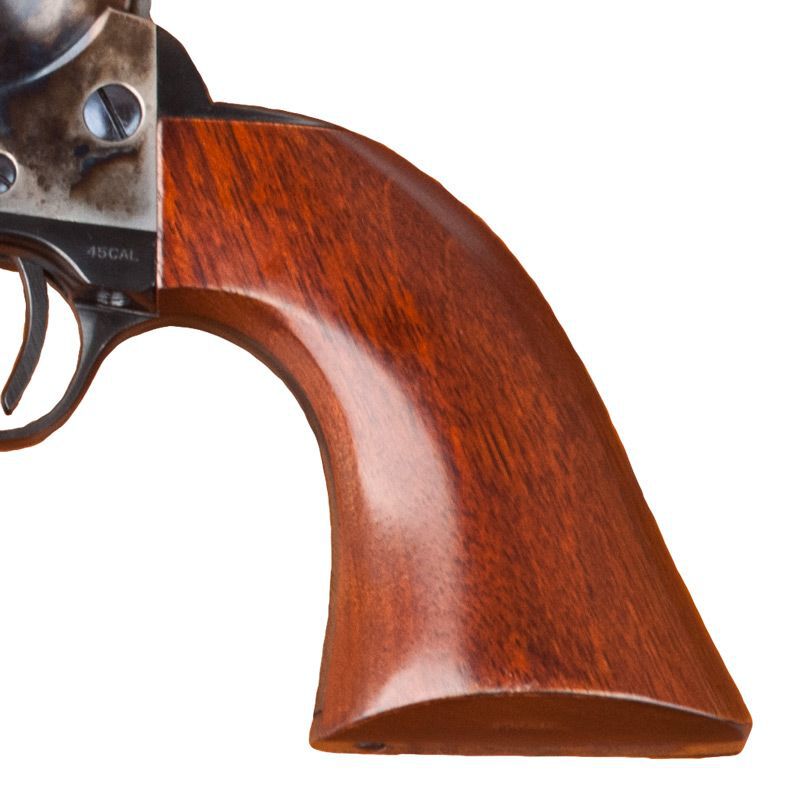 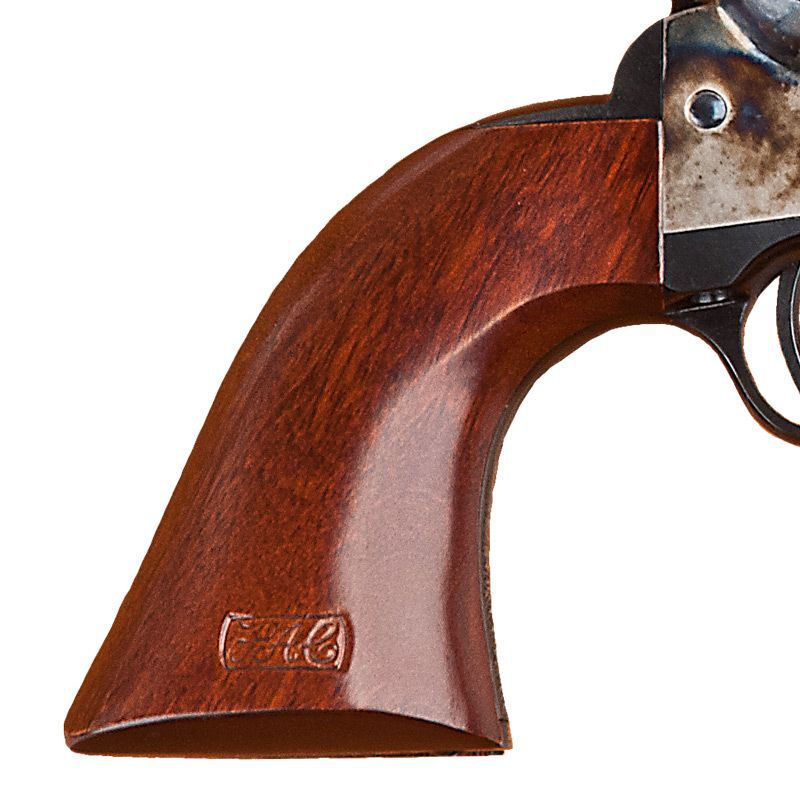 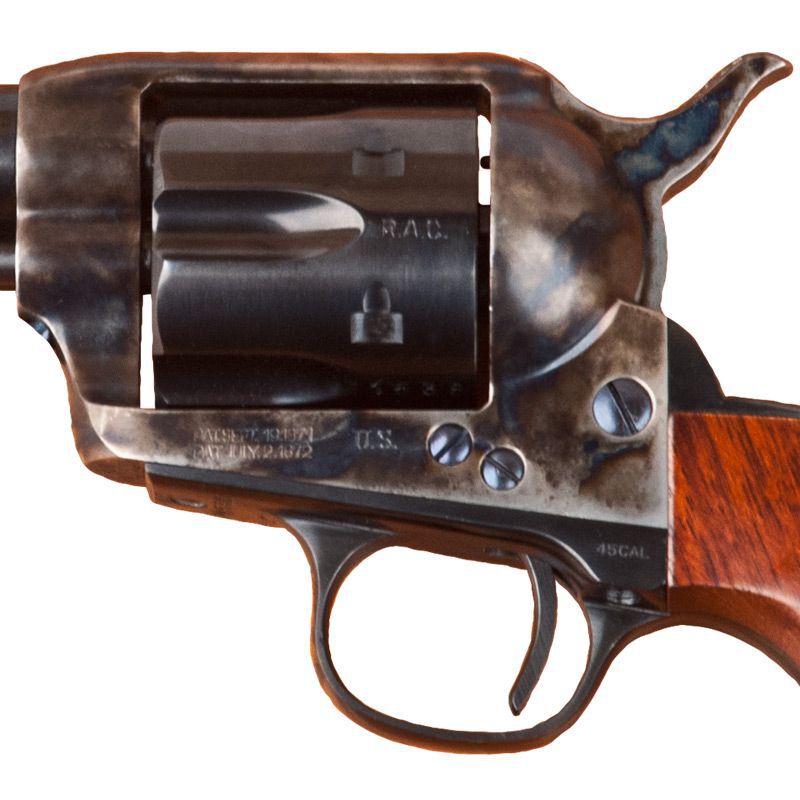 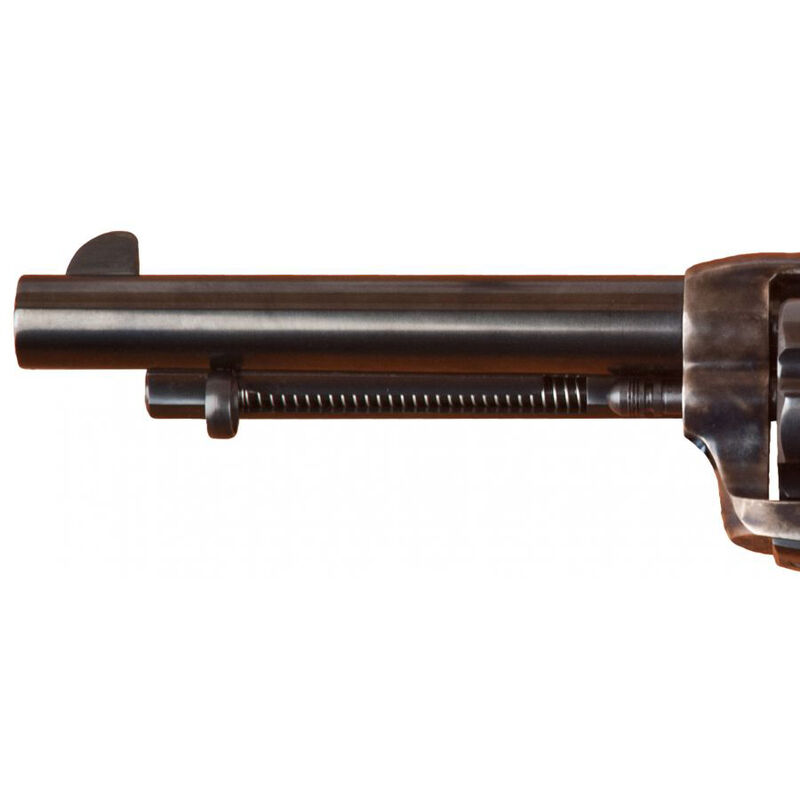 Description
U.S.V. Model. The Indian Wars are over and the Colt 1873 U.S. Cavalry Models are in a state of disrepair. They are returned to the factory or to Springfield arsenal to be refurbished. There, the barrels are changed from 7 1/2” to 5 1/2” and working parts replaced. They are inspected by Rinaldo A. Carr and returned to service. Many of these firearms see action in the Spanish American War of 1898. Most are issued to artillery batteries and are known as the Artillery Model. In 1898 the first U.S. Volunteer Cavalry is formed under the command of Theodore Roosevelt. This group of gallant young cowboys from all parts of the American West, are recruited in a San Antonio bar and trained at Camp Wood, Texas. They would carry more than 100 of these Artillery models bravely in the charge up San Juan Hill. These historic American cowboys will be known forever as the “Roughriders”.
Specifications and Features:
Barrel Length: 5.5"
Capacity: 6 Round
Frame Material: Steel
Frame: Old Model Case Hardened with U.S. Artillery markings
Barrel: Standard blue finish
Caliber: .45 Long Colt
Grips: 1 Piece Walnut with RAC Caratouche
Weight: 2.33 lbs 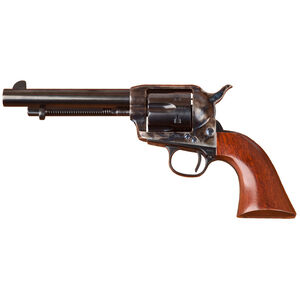