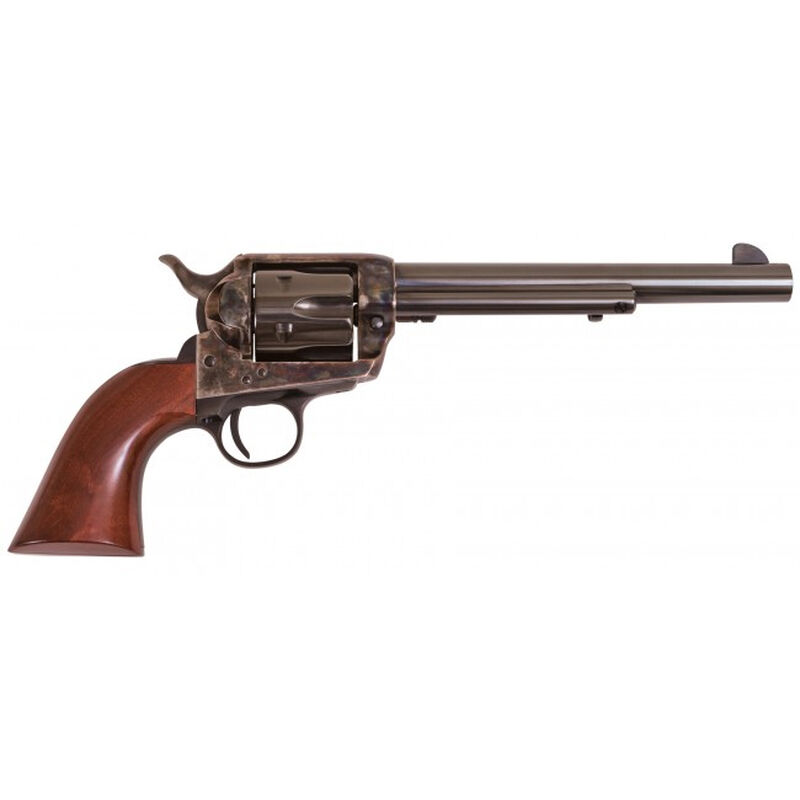 Description
Not as fast on the draw, but the longer site radius and improved accuracy made pistols like this one popular with many. This Cimarron SA Frontier is a modern day reproduction of the Pre-War, post-1896 Colt model of 1873 pistol and is an example of the famous single action that Men like Wyatt Earp, Bat Masterson, John Selman, the James-Younger gang, the Daltons, the Texas and later the Arizona Rangers, all packed. It features a color case hardened "pre-war" style frame, a 7.5" barrel, and it is chambered in the popular .357 Remington Magnum cartridge. This classic single action six-shooter is equipped with one piece walnut grips. The Cimarron SA Frontier would make a great addition to the collection of any Old West fan and at the same time be a fantastic choice for Cowboy Action Shooting.