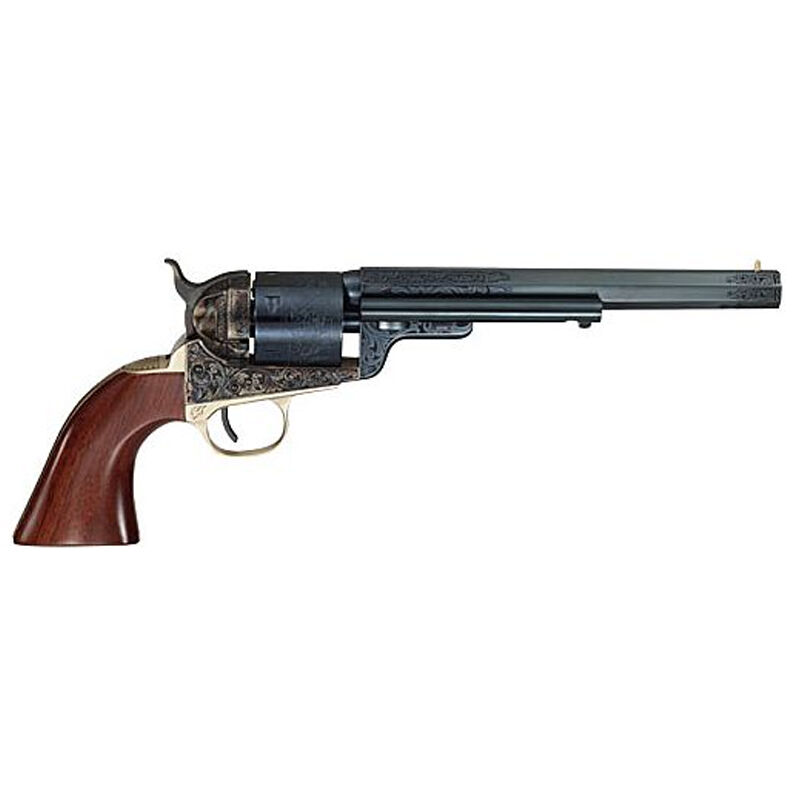 A Classic Pistol With Beuatiful Engraving

When centerfire brass cartridges first became available in the mid-1850s, there were few firearms in circulation that were ready to accept them, although percussion revolvers were plentiful. Using the Model 1851 Navy revolver as a base, Colt employees Charles Richards and William Mason developed a procedure where they would cut the rear of the cap and ball cylinder off, and install a conversion ring to accept the new ammunition. Conversion revolvers such as this one were commonly seen and quite popular in their day.

Cimarron is proud to offer this modern-day reproduction, which is now enjoying popularity in Cowboy Action competition and Old West re-enactments. Featuring a color case hardened frame with Wild Bill Hickok Engraving and brass trigger guard, this fully functional replica shoots as good as it looks. 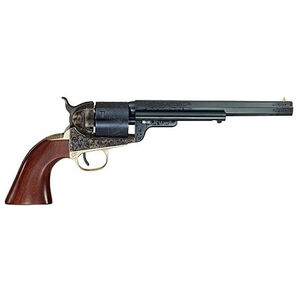