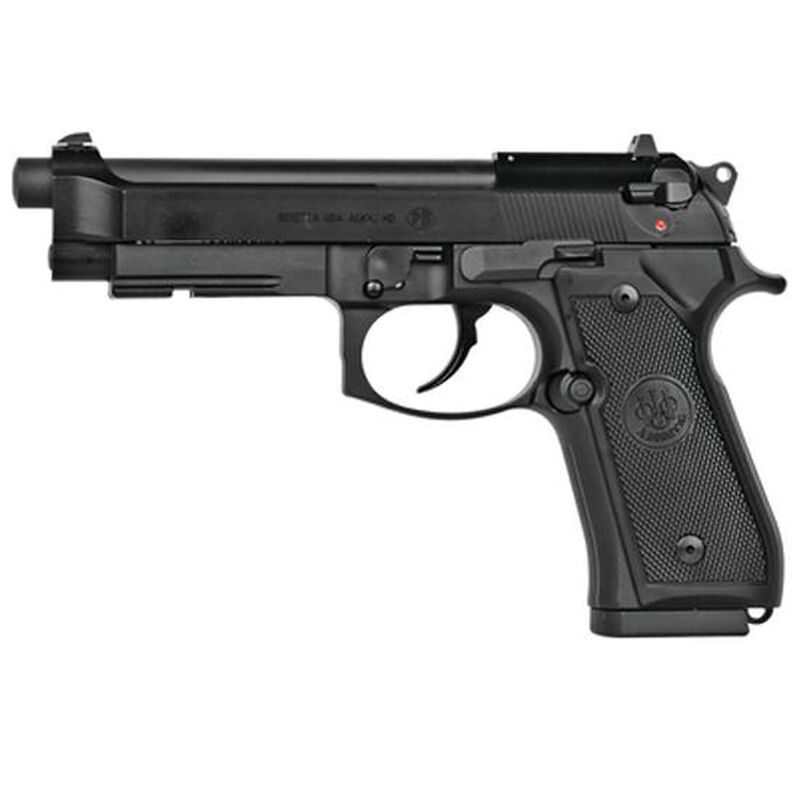 The Practice/Plinker .22 Version of the M9A1

The .22 caliber Beretta M9A1 is not a .22 version of the world famous duty gun, but it is a replica of the original 9mm A1 USGI handgun, with the same controls, operation, takedown and under barrel rail. This .22 Long Rifle version of the venerable USMC issued combat pistol is an almost perfectly faithful version of the M9A1. The M9A1_22 fits the same holsters, grips and underbarrel accessories as the M9A1. Just like the M9_22LR this version is a double action/single action semi automatic with an open slide design and military style markings and removable, replaceable sights. The grips are replaceable and are the same as Beretta uses on the M9 and M9A1 and the magazine even holds the same number of rounds.

The most important feature of the Beretta M9A1_22 is the reliability. The M92A1_22, like all Beretta firearms offer unparalleled reliability. The Beretta M9A1_22LR features a 4.9" barrel, external hammer, combat trigger guard, reversible magazine release and ambidextrous safety/de-cocker just like the M9A1. The Picatinny rail allows for the mounting of your favorite light, laser or other pistol accessory right to the frame. Finally the finish is non-reflective black, just like the original.